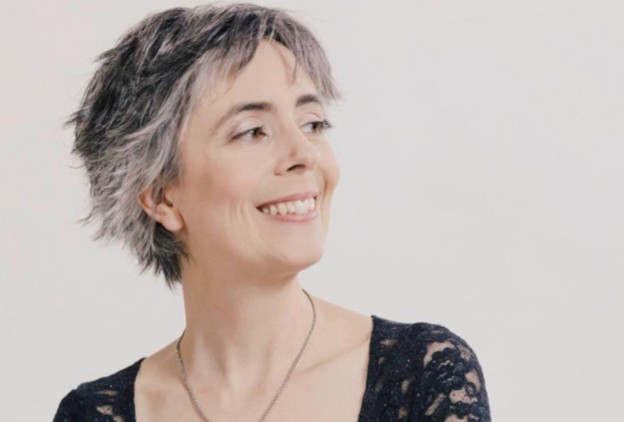 Delphine Bardin was born in Tours, France, and began learning the piano at five years of age. After studying with Paule Grimaldi and Marie-Claude Equoy, she entered the Conservatoire National Supérieur de Musique de Paris (CNSMP), where she received four first prizes in piano, chamber music, vocal accompaniment and piano accompaniment. Continuing her studies at the CNSM, she received advice from Pierre-Laurent Aimard and Christian Ivaldi.

After being awarded the Yvonne Lefébure scholarship at the International 20th Century Piano Competition of Orleans and the Natexis Banque Populaire Foundation, Delphine Bardin won the Clara Haskil Piano Competition in Vevey, Switzerland, in 1997. Following her nomination as the Cité de la musique’s Rising Star for the 2001-2002 season, she gave a number of solo performances in France and abroad: in England, Canada, Germany, Portugal, Switzerland, the United States and more, in particular, she played at the Philarmonie in Cologne, Wigmore Hall in London, the Palais des Beaux-Arts in Brussel, the Mozart-Messiaen Days in Vevey, the Festival de Lanaudière, the Klavier-Festival Ruhr and the Concertgebouw in Amsterdam.

In 2007, her love for chamber music led her to found the Pilgrim trio with cellist Maryse Castello and violonist Arno Madoni, with the three musicians working together for ten years. After winning the Pro Musicis International Award alongside violonist Elsa Grether in 2009, Delphine Bardin was invited to take part in concerts in Boston and at the Weil Recital Hall at Carnegie Hall in New York in February 2012, as well as the International Chamber Music Festival “Aimez-vous Brahms” in Switzerland in the summer of 2013. Her partners include cellist Béatrice Reibel-Petit and flautist Sarah Louvion.

In addition to her solo and chamber music activities, Delphine Bardin has worked on the innovative Pro Musicis project since 2013. This project seeks to give disabled children the opportunity to discover and express themselves artistically through music, as part of Les enfants de Bach classes.